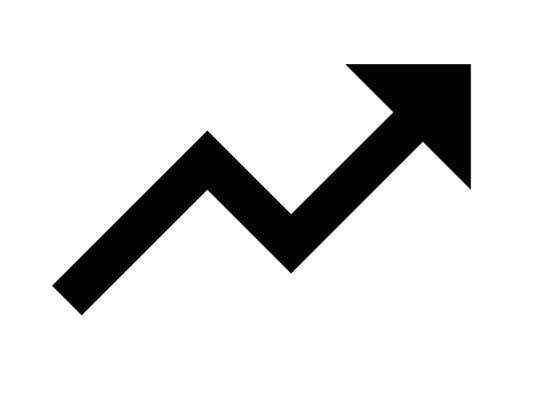 Whenever we start the process of closing out one year and planning for the next, it is always useful to identify the major workforce trends for the coming year. So, as you prepare your budget for the year ahead and develop your annual workforce strategy, we’ve identified five key trends for you to consider.

1. Millennial Leaders
In March 2015, millennial workers (otherwise known as Generation X employees — those between ages 19 and 35) surpassed Baby Boomers and now account for the largest generation in the workplace. In fact, one in every three workers today is a Gen X employee. More than half of all millennials in the workforce are already in leadership positions, and 41 percent have four or more direct reports. Unfortunately, the majority of millennial leaders feel unprepared for their role. According to a report by Deloitte, 64 percent of current millennial leaders surveyed “felt unprepared when entering their leadership role.” Lack of training and mentorship are the key reasons cited for this finding.

Our recommendation: Now is the time to review your succession plan and to ensure that your new and future leaders have the training necessary for the positions they may be taking on.

2. Tight Labor Market — Continued
Anyone who tried to hire experienced talent in 2015 already knows that the labor market for skilled workers is tight. The national unemployment rate has sunk to 5 percent, below pre-recession levels, and the unemployment rate for skilled labor is even lower. This trend is likely to continue in 2016. Companies, in an attempt to attract new talent, are increasingly offering significant sign-on bonuses and elevated pay rates. And, all too frequently, employees who may be tempted to accept a better job offer are receiving sizeable pay increases to remain in their current positions, thereby driving up pay and keeping the labor market tight. Also driving up pay is demand for recent college graduates. Starting salaries for those without experience but with college degrees is up 5.2 percent in just the past year, to $50,651, according to a survey from the National Association of Colleges and Employers.

Our recommendation: Focus on employee engagement as a means of keeping your current talent, and be prepared to act quickly to offer the higher wages/bonuses that new talent will likely demand in 2016.

3. Boomerangs, Retirees and Generation Z
Given the difficulty in finding and retaining skilled talent, many companies are eliminating their boomerang policies, which prohibit the rehiring of employees who leave for another job and reapply at a later date. As a result of the frequency with which employees change jobs these days, and the benefit to hiring someone who already has the skills and training needed for the job, many employers are making it a policy to re-recruit their ex-employees and to stay in close contact with them through social media and other measures.

This need for skilled workers is also driving the trend of “consulting” employment for Baby Boomers who are staying connected with their former employers and are continuing to work well past retirement age, typically in some form of part-time, freelance or consulting arrangement.

The coming year will also welcome the first of the Generation Z employees to the workforce. The good news is that it is anticipated that Generation Z workers are likely to be private, multitasking, cynical, entrepreneurial, loyal, hyperaware of cultural events and technology-driven.

Our recommendation: With all of these generations in the workplace, invest some time in building relationships, mentorships, reverse mentorships and other programs to ease the tensions and miscommunications that will likely crop up.

4. Continued March Toward Freelance Economy
The number of workers turning to freelance work has increased by approximately 1 million per year over the past two years. Current trends indicate that by 2020, 40 percent of the workforce — or 60 million workers — will be independent workers, defined as freelancers, independent contractors or temporary workers. This is fueled largely through technology platforms that enable job and project sharing, a desire for increased independence among highly skilled workers, and an effort by businesses to reduce overhead and labor costs.

In response to this, the Obama Administration is pushing to tighten the rules for who can be considered an independent contractor. They are motivated to do so because freelance and independent workers lose certain workplace benefits based on their non-employee status (workers’ compensation, unemployment and benefit deductions for example).

Our recommendation: Be sure your freelance and temporary workers are appropriately classified based on new federal standards released in 2015.

5. Increasing Federal Regulations
In addition to introducing new independent contractor standards, in 2015, the Obama Administration released a new minimum salary threshold for who could be exempt from overtime. In late 2016, the Administration is expected to implement these new rules, which are expected to increase the minimum weekly pay from $455 to $970. The Administration is also expected to expand “ban the box” policies which require that public sector employers and federal contractors delay inquiring about the criminal background of job seekers until they are well along in the hiring process. All of these initiatives are within the administrative authority of the presidency and are not subject to congressional approval. You can expect that they will be implemented in 2016.

Our recommendation: Regardless of who wins the presidential election in 2016, many of the regulatory provisions promoted on the federal level do not require congressional approval and are likely to be implemented in 2016. Best to make sure your policies and practices are up to date and compliant.