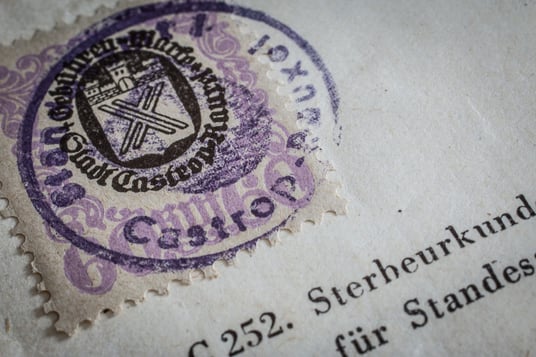 Some trends in the market are obvious, says Mike Caffrey, global business manager of Security Products at Appvion. Many manufacturers are asking for the best price on paper, and paper use in general is declining in security documents. At the same time, they’re looking for overt and covert features they can incorporate into their print jobs, he says.

Caffrey points out that not every feature is frontline. Some document security features are based on the function of the document. And end users are asking for exclusive features, unique to their brand identity. These applications are most relevant for forensic analysis. After the fraud takes place, if there’s a legal case, then they want to show that their documents could not have been the documents responsible, and to show they did what they could to protect the document security.

For example, Appvion works with a manufacturer and reseller of precious stones. Appvion’s client evaluates criteria like cut, clarity, color and carat — the four Cs. Those criteria establish the base value of the stone, Caffrey explains, so when they issue a certificate, the certificate warrants that the stone has certain properties that make it worth a certain amount of money (often in the tens of thousands of dollars). Fraudsters were photocopying the certificates and pairing them with less-valuable stones.

So the company incorporated an IR tag that can be authenticated only by a reader that’s tied to the tag. In other words, the “taggability” of the tag is custom, Caffrey says. When they had to prove in court that a fraudulent document was not theirs, the IR method of authentication prevented a loss.

Caffrey noted that some parts of the market are shrinking year after year, as customers adopt paperless solutions, but there are opportunities to grab market share. Customers are responding to economic conditions; they want more security but at the lowest cost. At the same time, fraud and counterfeiting are not going away, he says, so the need to secure documents is as strong as ever. He says the security label market in pharmaceuticals and consumer goods is increasing spending, in particular. Even the financial sector, which is spending less than it used to overall as check printing declines, has been migrating toward greater security for the documents still in use, he says.

Fraud is the reason document security exists, points out John Hodgson, general manager and vice president at TROY Group. There will always be fraud, so there will always be a need for solutions that prevent fraudulent transactions.

Document security needs vary by application and even geography. In Brazil, for example, business is often conducted on a cash basis. So if the driver for a company delivers a product to a retail store, he would typically be paid in cash. That system has given rise to fraudulent invoices. “You don’t think of that as a security document, but it’s high value and associated with a payment, and it’s being altered or it’s being counterfeited,” Hodgson says.

The market for documents associated with identify will always need security solutions. “Breeder” documents or “titles and vitals” — including birth certificates, drivers’ licenses, passports, vehicle registrations and more — are high-value documents. Governments will typically invest in resources to protect those documents from fraud.

Another trend in the market: Security that used to be embedded in some documents has been substituted by database technology, Hodgson says. Take airline tickets. When you flew in the past, the tickets themselves were the security, he says. Now the document itself is “unsecure” in the sense that the security is tied to a database. When a ticket agent scans the ticket, the back-end database infrastructure validates the authenticity of the ticket.

Yet other applications have been affected by technology. In health care, many prescriptions are still issued on paper, but as medical records are increasingly digitized, hospitals and physicians are driving new solutions. “That has shifted a lot of security features off paper to the digital domain,” Hodgson says.

Security document providers will always have to balance customer needs with cost. Customers may or may not know the risks they face. In any case, they’ll try to balance cost and available security. The most sensitive documents, like passports, utilized the most advanced security, but the same features aren’t justifiable for a prescription. Distributors selling security features will find themselves often talking about price. To the degree possible, Hodgson advises shifting the conversation to risks associated with fraud. A conversation about risks is eventually a conversation about the solutions to mitigating those risks, he says.