Get Skin in the Game 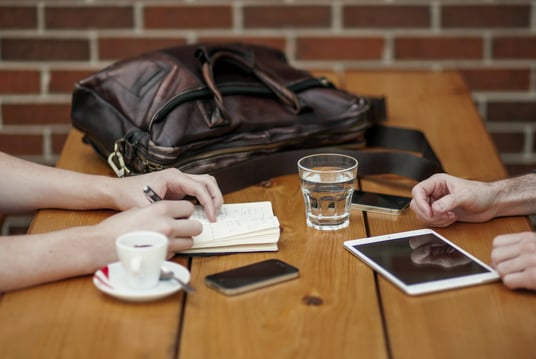 Distributors have been branching into digital marketing for a while now. As part of their reinventions, some have hired developers, designers and other staff more traditionally associated with marketing agencies. Others sell digital marketing services and then subcontract the work to firms with those capabilities.

But there's a third way — one that avoids the cost of building new infrastructure, yet provides more long-term control than working with contractors. "Last year, I signed an operating agreement with a digital marketing firm in town, and now I'm part owner of that business," says Wayne Miller, owner of PrintMarketing LLC.

The relationship is not a merger, and it's more than two companies deciding to work together; Miller is literally invested in the firm's long-term success. The agreement also formalizes his strategic role. "When you bring in contract laborers, even though you have control, it's hard to set direction. With operating agreements, now you have the ability to set some direction," Miller says. "I wanted to have a true partnership — the ability to have a seat at the table."

The Move to Digital

The client, a credit union, had just told Miller it was spending its annual marketing budget on a slew of television ads. Miller convinced the company to use the ads to promote a website landing page, where it could collect more information about the prospect. Visitors' browsers were also tagged with cookies, allowing the credit union to target them with relevant display ads later on. "It was my recognition that we could do that type of marketing," he says. "And our approach was that it doesn't cost anything, because we're using dollars from revenue that they're going to make from what we do." The client bought into the campaign, and it was a success.

At the time, though, Miller was contracting the digital work to a marketing firm. "I recognized that I needed partners to be able to continue down this path. I couldn't make it work in our traditional method, where we have a manufacturer who makes something and we bill for it," he says. "I needed someone I could work in collaboration with, where both of us have the client."

But Miller wasn't interested in hiring and managing his own staff of digital marketing experts, so he connected with a nearby firm. "We've married ourselves in a way that's not crippling. It's just enough, and our hope is that on the digital side we'll come up with ideas that'll be so interesting to a buyer that they will buy us," he says. "And we've got a couple things that we're working on that are either going to be very, very good, or they will be good ideas that didn’t work."

Read the whole story in the March issue of PS Magazine.