What I Learned Watching 'House of Cards' 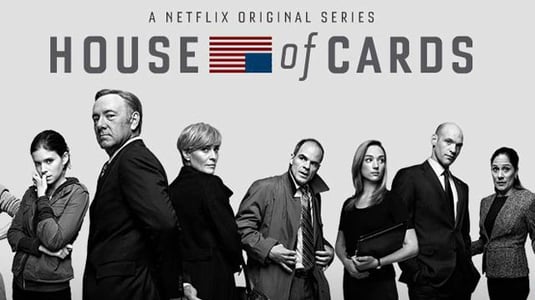 It appears that our industry and the world of politics in Washington, D.C., in the series "House of Cards" have some similarities. The two main characters, Francis and Claire Underwood, met when one had the money and the other had the ambition to succeed. Initially, they were codependent on the skills, calculations and the direction toward a common goal. Eventually, Francis thought he was in charge and everyone else had no importance other than to serve his needs. Francis wanted to be president, and nothing would stand in his way. He treated his staff so poorly that they ultimately deserted him and, in certain cases, sabotaged his efforts by working for his competitors.

Let's take a few lessons from this. We are all in this together, a fact which should be reflected in the way you structure your team of co-workers and suppliers. If you do not trust the people you work with or are not trustworthy yourself, you will suffer the pains and worries that Francis did. In "House of Cards," problems became worse and more visible once Francis achieved his goal of becoming president. He wanted so much to impress people with his talents and strengths, but this got in the way when there was an international conflict. Francis, instead of allowing his team of government officials and peacemakers to deal with the conflict, flew to Russia to have a face-to-face with the Russian president. He was not willing to let the normal channels do their duties; instead, he had to make major concessions in order to save face.

Unfortunately, I have done this myself. In thinking that I could work with the client directly to solve an issue or secure the business, I ended up overpromising and having to deliver more than made sense. This happens at all levels in a company where, as I heard at the last PSDA CEO Summit, "I am in charge, but out of control." If it is an accounting issue (e.g., how to format summary billing or any of a dozen subject matters) let the people in the know handle it. Do not try to be the cavalry coming in for a rescue. Now, I am not saying that you do not want to be involved or to show the client that you care; what I am saying is to gather the facts and let the experts guide the decision-making process. Instead of getting caught in the heat of the moment and focusing on closing the deal, pause and think about how to approach the deal holistically as a team.

On "House of Cards," there was a congressman named Peter Russo who had personal struggles, but with the help of a team, he started to be successful. He became so successful that he started to believe his own hype and that he could control the demons. Unfortunately, his arrogance was his downfall, and he let all his old problems creep up again, ultimately destroying his career. I have seen similar situations multiple times in my career. A salesperson, with the help of the team, becomes successful. The individual thinks that he created the success by himself and doesn't acknowledge the work of the collective team. While confidence is a good thing, arrogance is not.

Two things usually happen in this situation: The first is that the salesperson loses the client and then blames others on the team for the loss. The second is that the salesperson leaves to where the "grass is greener." In most cases, these salespeople end up like Russo and let the success get the better of them. It does not make for a sustainable career or lifestyle. Again, these are good people, and they certainly have abilities, but they need to understand that it takes a team to make it happen. It is not a single person that makes a team successful, and the key to sustaining that success is the collective work of the whole team.

Among all the drama and excitement in "House of Cards," I saw these very important lessons. Even though it had nothing to do with printing, this show was a prime example of how building a strong and cohesive team is an important and necessary step in achieving goals — not only in politics, but in our own industry as well.

In our company, we are going through a transition and need to build up our team. We are looking to fill certain positions and hire additional staff support. We want to make sure that not only are we hiring the right people, but that the people we already have are exactly where they should be within our company's structure. The first three questions we ask are: Do they get it? Do they want it? Do they have the capacity? We also evaluate the current and potential employees by job-specific skills and personal attributes, which will help us decide which positions are best suited for each individual employee.

This is an interesting exercise to do, and it may result in shuffling employees around until each is in the right position. This can happen both when hiring new employees and when evaluating current employees. Many times, our company will also usea PSDA resource in Claudia St. John with Affinity HR. She helps us evaluate our employees and existing company structure, as well as potential hires. It is surprising the insight that her testing provides when you are having difficulties selecting from a pool of talented people.

You can't often say that politics and printing are a lot alike, but when it comes to building teams, it can't be denied that success hinges on creating those teams to be trustworthy, knowledgeable and collaborative. It's not an easy task, but it is one of the most important. You can learn more about how industry pros like Bill Jourdan build teams at PSDA's CEO Summit. Bill is heading a team of industry pros from both sides of the aisle on a Strategic Partnerships Committee, which is sure to be a session you will not want to miss.

I dedicate this article to Ross Barker. Ross is a true statesman for this industry. I read his articles about the independent distributor, forms management and a reporting service he offered with great interest 40 years ago while I worked for Burroughs. Ross donates his time, talents and resources to many organizations, and PSDA is fortunate to be one of them. I am proud to call him a friend and mentor.

Dennis Pottebaum, CDC, CAS, is president and CEO of QRG, a distributorship based in Minneapolis with multiple offices located in the Upper Midwest. He is also the current president of PSDA.